AI is slowly becoming part of our every day lives and one cannot help but think of what the future may look like. A future that could be shaped and transformed by the power of computers. Artificial intelligence, although not yet sentient, is becoming more and more powerful and useful as the years progress. We decided to allow AI to predict what the future will look like. The results were both incredibly interesting, and terrifying.

By 2030, our world will be networked via The Grid, an organic, decentralized internet system that uses the free electromagnetic spectrum to pass data among billions of tiny, energy-efficient antennas spaced about 1km apart. As a digital wrapper around the physical world, The Grid will enable people, organizations and machines to coordinate instantly and accurately, creating the embedded intelligence needed for cities, regions and nations to function efficiently and securely.

In the next 10 years, the dominant narrative of our time will be the intelligence explosion. As the creation of super-intelligent machines reshapes the future of business and humanity, we will see a confluence of diverse and interwoven trends: the rise of narrow AI, the growing computational power of AI, the creation of synthetic worlds and, in particular, AI-powered automation, that is, when AI-based systems take over simpler tasks in the place of humans.

Water will be an asset

Water will be recognised as an asset class, redefining the concept of wealth to include all resources. Water will be seen no longer simply as a basic resource to which every person has a fundamental right, but rather as a strategic tool for nations and businesses.

Pay to play to learn

Some parents will pay to have their kids play educational video games instead of studying in school. These games will encourage children to develop critical thinking skills and an inherent desire to understand and innovate with Science Technology Engineering and Math (STEM) subjects. Learning by playing will be the next generation of e-learning and e-learning will lose its stigma in schools around the world. Finally, despite fears that technology would kill creativity and independent thinking in schools, we will see a reemergence of true learning in schools and universities using cutting edge technologies in collaborative and experiential ways with STEM and arts blended learning programmes.

A new breed of entrepreneurial ‘superfans’ will emerge building businesses on the strength of their love for their favorite celebrities, sports figures and pop culture brands. These players won’t just observe and celebrate their heroes from afar; they’ll want to become part of the alternate reality that these fans inhabit, and participate in the events they originated, or founded themselves. This participation may be tangential or even interactive at times, and will allow the superfans to create additional income streams based off of personal interactions and point-of-view broadcasts.

No more homelessness or poverty

In ten years’ time, more than half of the workers in developed economies will subscribe to some form of voluntary guaranteed basic income supplied by the government. This relies on the development of ‘smart’ social security systems that recognize and intervene before individuals get to a point of no return, such as homelessness or serious poverty.

Over the next decade, artificial intelligence will be built by using an organic architecture with deep learning at its core. This same architectural design will apply to natural language processing (NLP), which is the process of training computers to become expert in human languages. Computers will parse open-source text and develop their own lexicons; they’ll parse information given to them by teachers and students, and start developing their own way to communicate with people.

The world’s agricultural system will be transformed by the emergence of smart farms engineered to create their own fertilizer, to recycle water and naturally control pests. Thanks to breakthroughs in machine intelligence, environmental monitoring and digital plant diagnostics, farms will be able to function like self-contained biological factories that produce healthier crops at a lower cost with less waste. The rise of ‘BioTech 2.0’ will see farmers becoming manufacturers who regulate biological processes through sensor data and actuating inputs using algorithms instead of manually writing chemical prescriptions.

‘Bionic plants’ will be the next big thing in farming, taking advantage of nanotechnology to improve plant processes like photosynthesis. Plants will communicate with our environment and surroundings via an Internet of things (IoT), delivering data about the soil conditions, the position of each leaf on each tree, and understand which insect is eating its leaves.

By 2050, there will be commercial space mining supported by the moon, asteroids and every planet in our solar system. Understanding the value of outer space, these companies will use this space for industrial purposes like manufacturing products that are used to create new materials for clothing or housing. The rise of space mining will also sustain our natural ecosystems by creating the materials needed to create bioengineering processes like aeroponics, where there is no need for soil, seeds or sunshine.

Let us know your thoughts on what you think about these AI predictions. 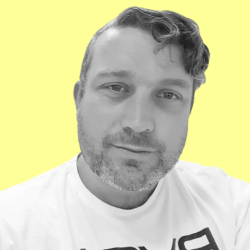 Follow me
Latest posts by Nick Duncan (see all)
9